Today I skipped lunch - I was hungry, but I made a decision to not eat.  This sounds way more dramatic than it was.  The truth is, I was at a workshop with a provided lunch, and none of the options were something I could/would eat.  In the past, I would have eaten anyway, then felt bad - physically and emotionally.  But today I a) realized something about myself, and b) realized something else about myself.

The first thing that I realized is that it feels less terrible to be hungry than it does to eat things I should not or don't want to eat.  I have some weird food stuff; I am incredibly lactose intolerant, and there are some other things that I know will make me sick if I eat them; I am almost entirely vegan and feel pretty strongly about not cheating on that choice.  The worst part is, most of the foods that I am most sensitive to - and that tend to be veggie friendly - are the ones that I love the most.  For example, I can no longer tolerate things that have been in a deep fryer - but I love fries more than breathing.  So you can see where this is a serious problem for me.  It is not a life or death allergy here, but my intolerance is significant enough that a basket of fries equals a day or two of GI issues and generally feeling like junk (specifically like the junk I put in my body).  So today, when faced with going hungry or eating tiny sandwiches with just a little bit of cheese on them, I chose to go hungry.  Hungry I could solve a few hours later; hungry didn't hurt me  - this was First World hunger we are talking about here!  But eating dairy, even a small amount, would have hurt.  It takes me days to get over it, and I realized today that being slightly uncomfortable for a few hours is WAY better than being really uncomfortable for a few days. Okay - this might seen SUPER obvious but you have to know me.  I love food.  I have been removed from buffets by my husband because I had been there too long (like that is a thing...).  I spend something like 99% of my waking hours thinking about what I am going to eat next, and that includes when I am eating.  I do not skip meals.  When people say they get so busy they forget to eat, I do not believe them.  THAT IS NOT A THING.  YOU ARE A LIAR.

So yeah - for me to make the decision to go hungry over eating food that is literally right there in front of me, looking so freaking tasty I can barely stand it - that is huge.  I can't say that I am going to make that choice every time, but this was a big step in terms of me putting what actually is good for me (not eating dairy; sticking to my beliefs) before what I want to do (eat all the things).

And that leads me to my second realization, which is more important and what I have been thinking about for the past few hours.  Why did not pack a f*^#ing lunch?

I have been a lactose intolerant vegetarian for YEARS.  I can never find anything to eat (which is why I just usually eat whatever and feel sick), and I should not have expected today to be any different.  In fact, this morning I stood in my kitchen debating whether or not to pack a lunch, and decided against it because "that is weird - people will think I am weird."

WHY DO I CARE WHAT OTHER PEOPLE THINK? 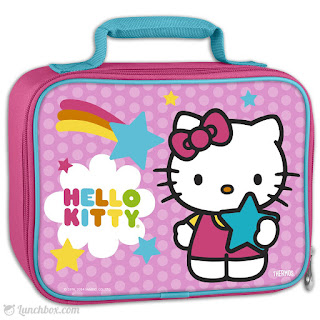 But I do care!  I am super weird about my food stuff.  I HATE telling people that I have food allergies, or even that I am vegan because I hate having to talk about it.  I know that a lot of this stems from being an introvert, and hating any conversation that requires me to justify my choices or existence.  Like, for real - would you want to be questioned about why you are eating certain things, and do you get enough protein, and hear a bunch of stories about people I know who have the same thing and what they did to cure themselves, blah blah blah?  Yeah, me either.  So I just don't say anything.  But then I also don't do anything to make sure that there is food I can eat.  So I end up being this stupid vegan martyr - which is what everyone hates!  I either am sad and hungry, or sad and sick because I ate the stupid cheese.

And that is really dumb.

I realized today that I should just always pack a lunch.  If I don't need it, awesome.  Take it tomorrow.  If I do need it, awesome, I have it!  Bonuses to this plan include: have to buy more fun lunch boxes!  Always have something to swap (I pack amazing lunches, imho)!  Have TWO lunches if I want because I am a hobbit and there is nothing worse than going to all day meetings where they forget about second lunch!

So this is my weird food thing, and my personal realizations - but I bet that everyone has things they do because it is easier than the conversations about why they are not doing them (or vice versa).  And that is dumb.  I don't know about you, but I definitely have let what I think other people might say about my eating habits stop me from being healthy and happy.  As I sat there today, being proud of myself for not doing something that I knew would make me sick, I was also so disappointed in myself for not having done something so simple that would have made me feel even better.  And that probably no one would have cared about!  So yeah - from now on I am going to pack a lunch.  And if we are in a meeting together just know that I pack a kick-ass vegan lunch and I will be happy to tell you all about it - but I am a hungry person, so no swaps unless you have something quality, like Oreo's (yes, they are vegan!).